The White Pine Award reading program offers teens of all ages the opportunity to read the best of Canada’s recent young titles. Each year a Fiction list is offered and every other year a Non-Fiction list is nominated, so readers can choose from two lists.
This program promotes reading for enjoyment and familiarizes teenagers with great Canadian books.

Get the full list of nominees for fiction and non-ficiton.  Here are the nominated titles that we have at Wellington County Library.

MY BOOK OF LIFE BY ANGEL by Martine Leavitt

NIX MINUS ONE by Jill MacLean

LIVING ME TO WE: THE GUIDE FOR SOCIALLY CONSCIOUS CANADIANS by Craig and Marc Kielburger

MOVING OUT! A YOUNG ADULT’S GUIDE TO LIVING ON YOUR OWN by Cindy Babyn

THE SECRET OF THE BLUE TRUNK by Lise Dion

Book Review: The Fault In Our Stars by John Green

I tend to focus on the most recent books for my reviews, but The Fault in Our Stars is one with timeless themes that should be read by any teen (or adult, for that matter).  First published in January of 2012, it is one of the most popular YA novels of the last two years and has enjoyed widespread critical acclaim.  Without spoiling anything, it is the story of two teenage cancer patients, Hazel and Augustus, who meet at a support group.

The primary charm of the story lies in the themes of alienation and isolation.  While not every teen has to deal with a terminal illness, the struggle of finding one’s place in the world is near universal and the inner thoughts of the characters are very relatable.  The specific struggles with cancer are not relatable to most, but this is a strength since a reader who is feeling frustrated by their lack of recognition, or who feels as though they don’t belong, can realize that their problems aren’t as dire as they may believe.  Keep in mind, however, that this is not simply a sad story that will make you feel guilty about being down in the dumps.  The Fault in our Stars is quite funny and will make you smile more often than you would expect.  The flirting between Hazel and Augustus, the hilarious interaction between their parents and the oddball antics of Isaac are all examples of how John Green took serious themes and turned them into an uplifting story.  In addition, the story is not predictable and I found myself shocked at certain points by unexpected plot twists.

My main criticism with Green’s writing is the dialogue.  Much of the verbal interaction is funny and very clever, but this is what makes the characters lack in believability and, in turn, makes them less relatable at times.  The dialogue is witty to the point of being unrealistic and takes away from the authenticity of the characters.  This story deals with the hard truths of life, which is why I feel the style of writing sometimes clashes with the thematic elements.

I would recommend this book to any reader, regardless of age.  It has a fantastical love story and tackles serious existential questions, such as confronting one’s mortality.  Once you’ve got this book, find a comfortable seat because you will not be able to put it down.

Are you growing tired of vampires, ghosts, dragons and all other things fantastical? Do you enjoy escaping into a story set in the past?  Whether you enjoy ancient or recent history, there’s plenty of YA Historical Fiction titles here at the Wellington County Library.  Here’s some noteworthy books that were released in 2013.

Second book in the ‘His Fair Assassin’ series, set in the 15th century

Strands of Bronze and Gold by Jane Nickerson

The Wicked and the Just by J. Anderson Coats

Fire in the Streets by Kekla Magoon

Second book in ‘The Rock and the River’ series, set in Chicago during the height of the civil rights movement (1968)

Never Fall Down by Patrick McCormick

Based on the true story of Arn Chorn-Pond, set in Cambodia during the rule of the Khmer Rogue (1975-79)

NOTE: This is not a best of 2013 list and these books are placed in no particular order.  Please let us know in the comments section if there are YA historical fiction titles from 2013 that should be included in this list.

Settling in a new country can be an overwhelming experience full of new challenges.  Canada is a country built on immigration and the stories of this transition to a new home are central to our multicultural society.  Whether you’re a newcomer to Canada or merely seeking a better understanding of the immigrant experience, Wellington County Library has a number of Young Adult titles that deal with this theme of new beginnings.

Do you have a newcomer experience that you would like to share?  Do you think there is such a thing as a Canadian national identity? Share your thoughts with us in the comments section!

Search for these books and more in the Library Catalogue

How the Garcia Girls Lost Their Accents by Julia Alvarez 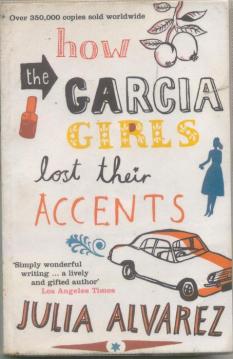 Piece by Piece: Stories About Fitting Into Canada by Teresa Toten

Learning to Fly by Paul Yee

A Step From Heaven by An Na 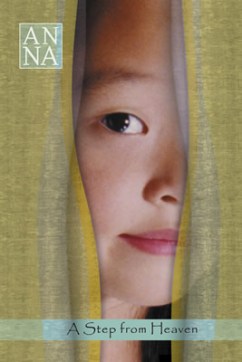 Search for these books and more in the Library Catalogue 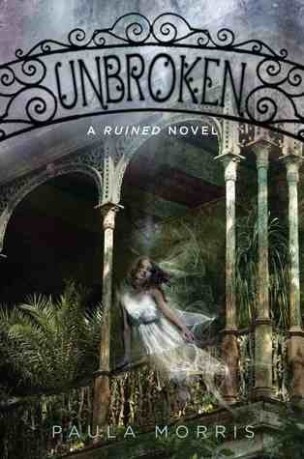 The second installment in Paula Morris’ “Ruined” series sees Rebecca Brown, once again, getting mixed up with the ghosts of New Orleans.  This is a sequel, but Morris provides more than enough context for one to enjoy this novel on its own.  The writing is heavy on dialogue and fast-paced, with non-stop supernatural action.  I’ll briefly outline what I enjoyed about Unbroken and the areas where it falls slightly short of greatness.

Morris’ main strength is her ability to create vivid imagery of New Orleans.  The sights and sounds of the streets are so well described that New Orleans is practically a character in the story.  The city comes alive off the pages and gives the reader a feeling of having been there already.  Too often, the setting of a novel is incidental and writers fail to capture the unique characteristics of their chosen city.  Morris is from New Zealand, but lived and worked in New Orleans from 2005-2010.  Not only does her depiction of the city add depth to the story, her fascination with New Orleans is highly infectious and after reading Unbroken you will, more than likely, want to visit.

The major flaw in Morris’ writing is the lack of character development.  As stated earlier, this novel is heavy on dialogue and full of fast-paced action.  At times, the story reads more like a screenplay than a novel.  This isn’t all bad, since it makes for a quick read and avoids pointless description.  You may be disappointed if you’re a reader who likes stories which reveal aspects of characters over time, since any character development in Unbroken is quite shallow.  However, if you enjoy an exciting story with no dull moments, this novel has a lot to offer.

Unbroken is not a formulaic Young Adult novel; it offers a fresh interpretation of supernatural fiction.  While reading, you will feel as if you’re walking through the streets of New Orleans.  It’s far from being a classic, but Unbroken is definitely worthy of being added to your “to-read” list.

Find this book and more in the Library Catalogue!

Many readers are puzzled by what mythpunk actually is.  Is it a new genre?  Is it adaptations of fairy tales in a postmodern style? Is it a fusion of fantasy and cyberpunk? Is it just another marketing gimmick to sell books?  Opinions vary, but there are several writers releasing exciting stories under this banner.  I’ll give you a brief description of the type of stories you can expect and some of the most popular titles.

Basically, mythpunk retells mythology, folklore and fairy tales, but uses characters that are less rigidly defined in their roles.  A large number of writers under the mythpunk umbrella are young women, and a common theme is the redefining of gender roles within the fantasy genre.  Catherynne M. Valente, who first used the term mythpunk in 2006, aims to distinguish mythpunk from the majority of other fantasy genres by describing these works as a post-Tolkien style.   Check out this interview Valente did with Strange Horizons, which explains how mythpunk is challenging mainstream fantasy.  Also worth reading is this article by author Theodora Goss, in which she gives a more in-depth analysis of the nature of mythpunk writing.

When all is said and done, mythpunk is only a name and it is the writing that will speak for itself.  It’s hard to say whether authors are writing mythpunk intentionally or if these works are being lumped together for marketing purposes.  Regardless, innovative and forward thinking writing has come out of this genre, so take a look at some of these popular titles:

BOOKS ON FILM: Past, Present and Future

Books are turned into movies more often than you may know.  Common complaints are that the film version takes too many liberties with the book or that the movie omits important aspects of the story.  Maybe you saw a movie recently and liked it so much that you want to get the whole story?  We’ve got you covered here at the Wellington County Library!

Did you see a movie and want to know the WHOLE story?  Check out these books that have been adapted into movies:

Search the Library Catalogue to find these books and more!

UPCOMING FILMS BASED ON BOOKS

Read the book before you go see these upcoming movies.  It’s always better that way!

Search the Library Catalogue to find these books and more!

Is there a book that you think would make a great movie?  Is there a book you think should NEVER be made into a movie?  Please let us know your thoughts in the comments section. Feedback is encouraged!

Ever want to learn a new language? Need some help with French class? Thinking about traveling but are worried you won’t be able to communicate? Wondering if the cute foreign guy is asking you out or just looking for the bathroom? Check out the WCL Mango Database for translations, and both breif and comprehensive lessons on over 60 languages.

In promotion of this database come out to your local Wellington County Library and help us celebrate Pirate Day by filling out a ballot for a chance to win a Kobo Arc! This competition will run throughout September.

Remember everyone, tomorrow is the last day for the August Blog Book Draw, so be sure to speak up for a chance to win a copy of The Reluctant Journal of Henry K. Larsen by Susin Nielsen. Write a review, comment on the TSRC, your local library or anything else library related. We look forward to hearing from you and good luck with the draw!

Earlier this summer I posted about some of the great books nominated for YALSA’s 2012 Teen Top Ten award. Now is your chance to vote for the 2013 YALSA Teen Top Ten! The nominees are:

Wow, that’s quite the list! To find out more about these titles and to cast your votes for the YALSA TTT check out Dogobooks.com.

You Blog it, We Read it!
Create a free website or blog at WordPress.com.